I Invited Mister Rogers To Dinner. Months Later I Got A Beautiful Surprise.

His television show was for the less-than-mature audience. As the last-born in a family of eight kids, Mister Rogers wasn’t cool when he first appeared on PBS in 1969. At least not in my neighborhood. I was the designated channel-changer for my older siblings, and I can still hear the instantaneous demands to “Turn!” every time his show popped up on the local PBS station. The message was clear: If you wanted ridicule, watch “Mister Rogers’ Neighborhood.” Even within my neighborhood group of friends, a true insult was telling someone “to go home and watch Mister Rogers.” That line would crush any boy’s ego. Unfortunately, the 9:30 a.m. PBS slot was filled by, of all shows, “Mister Rogers’ Neighborhood.” The trolley was back to haunt me 30 years later. Fast forward to the start of my parenthood. Spending mornings with my young daughter, I found that 30 minutes of television time fit perfectly in between breakfast and our walk around the block.  Yet this version of Mr. Rogers was different. Or maybe I was different. The older me had learned about child development, lifespan theories and brain development. I had worked with children. I had worked with children. I had studied creativity. Perhaps most importantly, my vision had changed. I now saw the world as a parent. 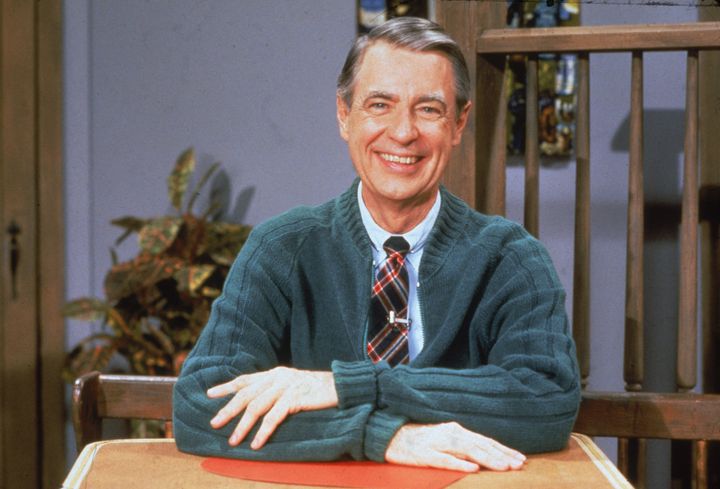 Mister Rogers embodied a spirit of unconditional care and acceptance, a fervent faith in children and a calming gentleness that communicated safety. “Mister Rogers’ Neighborhood” had become pure magic. It had a beautiful simplicity marked by a wonderment at the world, a curiosity about things taken for granted, and stories of people working through problems. His present-focused manner was the antithesis of the stressful, multitasking world of parenthood that I had come to know all too well. This new “Neighborhood” was mesmerizing to my daughter and me. Well, perhaps more so to me, particularly with the drop-in visits from people like the police officer and the mail carrier. He became a central figure in my emerging fatherhood. My daughter and I sang his songs during our morning strolls. We played in the local Children’s Museum of Pittsburgh section dedicated to his program, one that came complete with a trolley and his trademark sneakers. Why not invite one key person in my daughter’s world to dinner each month? But I wanted to start at the top. “Let’s invite Mister Rogers himself,” I said to my wife. “After all, he lives just a few neighborhoods away. I bet he’d come.” She looked at me as if I wanted to invite the pope. “You really think Mister Rogers would come to our house for dinner? Fat chance.” Undeterred, I sent a letter to Mister Rogers that fall, telling him of my newfound delight in his show and my idea for inviting neighborhood people over to talk about their lives, and asking him and Mrs. Rogers to be our inaugural guests. After several months with any reply I told my daughter He hadn’t called yet, I said, and channeled Mister Rogers in telling her that it was a good opportunity to learn about patience. Sadly, Mister Rogers passed away in late February of the following year. I was unaware of his illness and now understood why our invitation had gone unanswered. Yet, even after his passing, Mister Rogers gave us a far greater gift than I ever could have imagined. Upon arriving home from the museum that afternoon, I was stunned to find a letter in our mailbox from Mister Rogers. The one-page typed letter was akin to something from an old friend: personal, gracious and caring. He apologized for not responding sooner and told us that he was honored by the invitation before saying that he couldn’t attend. He appreciated my daughter’s enjoyment of “our television visits,” mentioning her twice by name. Yes, Mister Rogers never came for dinner, but in the end he shared much more enduring gifts with me: Believing in others. Hoping for the future. Seeing true dignity in humankind. And knowing that, when least expected, sometimes the best presents in life come from a special neighbor.